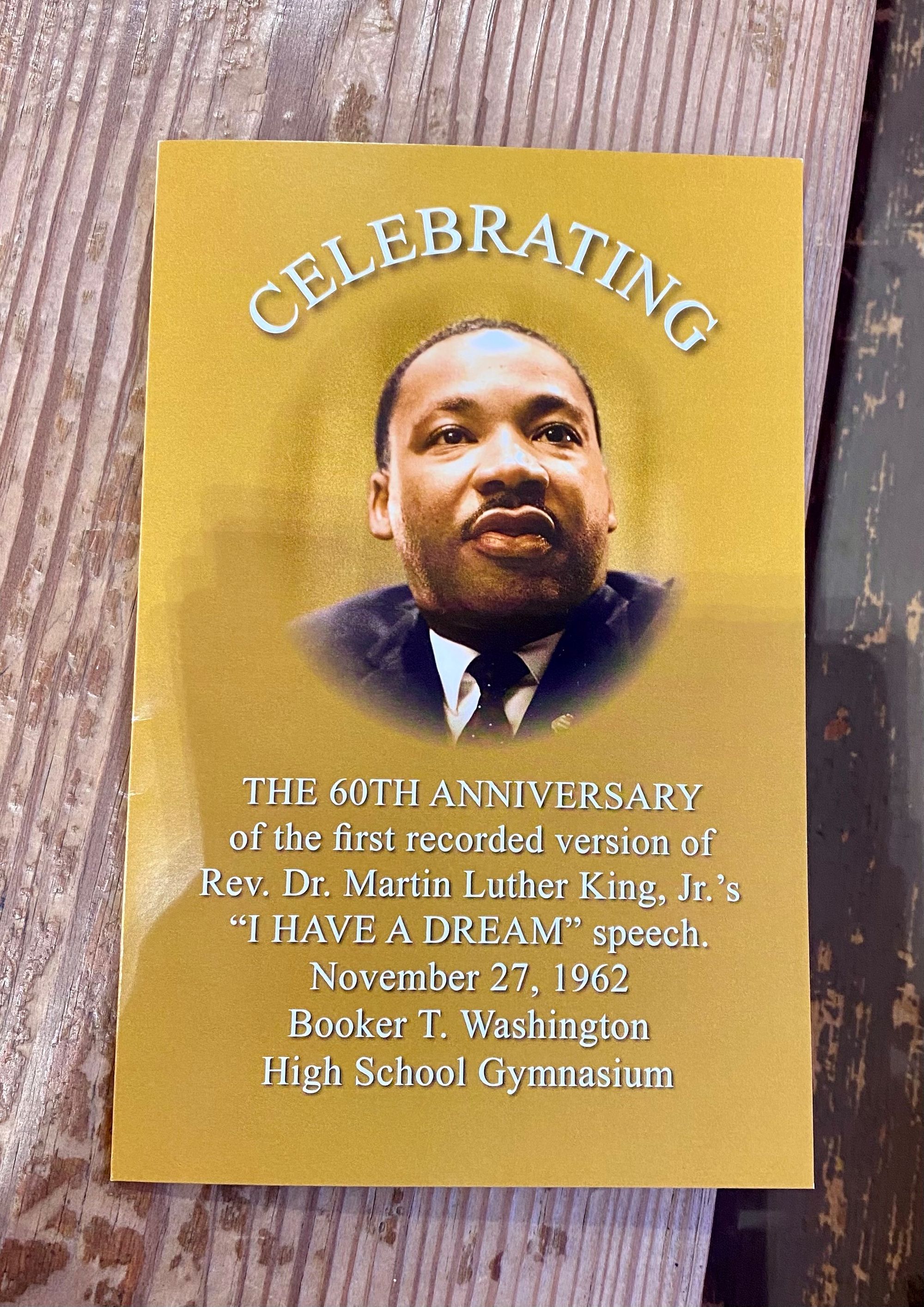 King on Nov. 27, 1962, gave a speech that included what is the documented forerunner of his “I Have a Dream” speech the next year at the Lincoln Memorial after the March on Washington.

During the celebration, Mayor Sandy Roberson, who gave the welcoming remarks, said progress has been made in the past 60 years but clearly not enough.

“We have a long way to go,” Roberson said.

At the same time, Roberson made clear he believes the point has been reached where, with an open and honest conversation without recrimination and blame, an environment can be created conducive to having a dialogue where together healing can be found.

“We will succeed with that recipe,” Roberson said. “I know that we will. I believe in the city of Rocky Mount — and I believe that we can do this.